Motherhood or Career- A Choice Women Shouldn’t Have to Make! 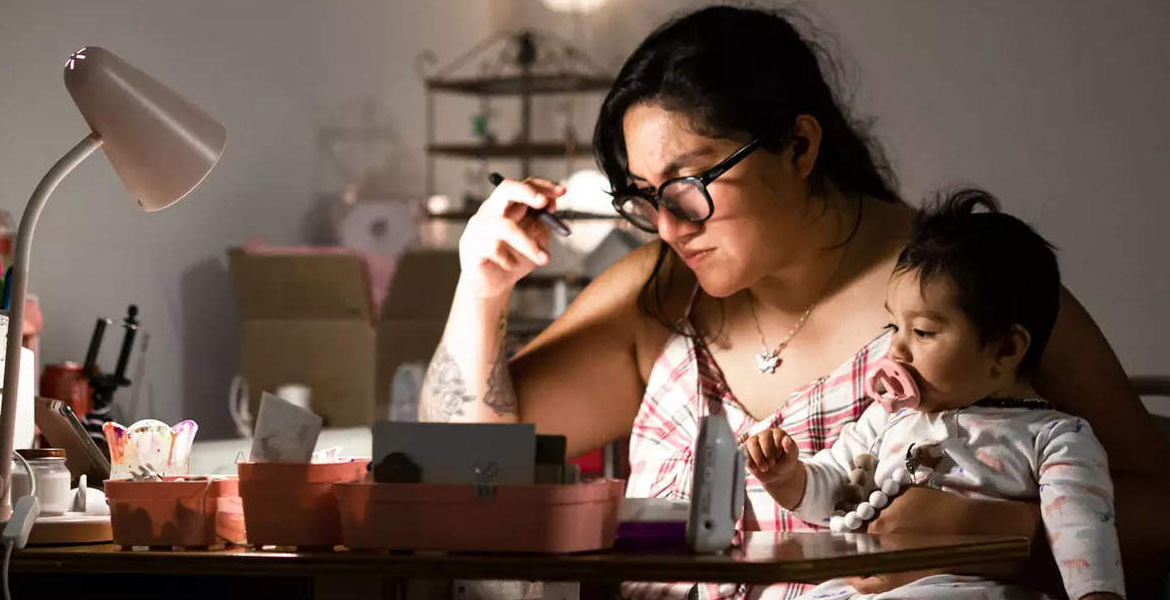 Motherhood or Career- A Choice Women Shouldn’t Have to Make!

Women frequently encounter a dichotomy when it comes to parenthood that forces them to choose between motherhood and their careers. Is it fair to label her self-centred if she chooses to prioritise her profession instead? Who gets to judge what's fair or unfair? Why should a woman even have to decide between the two? Can't she have it both? What really prevents a woman from finding a happy medium between these two elements of her life? How to strike a balance between motherhood and career?

This age-old paradox has beset all working women who have chosen to pursue a career while still fulfilling their parental responsibilities. In this scenario, there is no black or white. Women have been walking a tightrope attempting to reconcile job and parenting, and will sadly continue to do so in the future. It would thus be unjust to favour one over the other, as both are significant components of a woman's life. In some ways, presenting this quandary as an either-or question is unjust. Both motherhood and careers are important to women in different ways.

Having said that, many people happen to assume that choosing to become a stay-at-home mom is a choice made by women. That, they chose to sacrifice their ambitions, dreams, and goals to fulfil the commitments of motherhood. Yet, more than often it is a conditioned response, which they develop over time and not a choice. Generally, the decision to continue working after becoming a mother is frequently accompanied by guilt trips stemming from emotions of incompetence for not being able to spend enough time with her child. Fathers, on the other hand, are far less prone to suffer similar sentiments of guilt. Though parenthood is a collaborative effort, why is the mother supposed to shoulder the burden of guilt alone? Isn't it fair to provide this option to both parents? As likely as a mother might be to shift her priorities from career to motherhood, so is the father.

Recently, in the case of Anuradha Sharma v. Anuj Sharma, the Bombay High Court quashed the Pune Family Court’s order on the ground that it has failed to consider the important aspect of the right to development of the petitioner as she cannot be asked to choose between child and career. The Bombay High Court observed that a woman cannot be asked to choose between her child and her career. Justice Bharati Dangre observed that the woman had the right to development, and set aside the Pune Family Court's. "I do not think that the Court can refuse the job prospects to a mother, who is inclined to take up the job and she cannot be deprived of this opportunity," the judge added.

One can’t map the paradigm of this loss-gain conundrum but it always should be a women’s decision whether to prioritise motherhood or career or try to strike a balance between these aspects of her life. When a woman is torn between her professional growth or her own maternal fulfilment, try asking the following questions yourself:

Motherhood vs. career is a dilemma that many working women endure since our culture still deems women mostly responsible for childrearing and views career as a privilege for women. This attitude must change, both parents must distribute responsibilities so that there is no load of guilt on women and the couple shares the pressure of multiple roles and can stive individually as well.